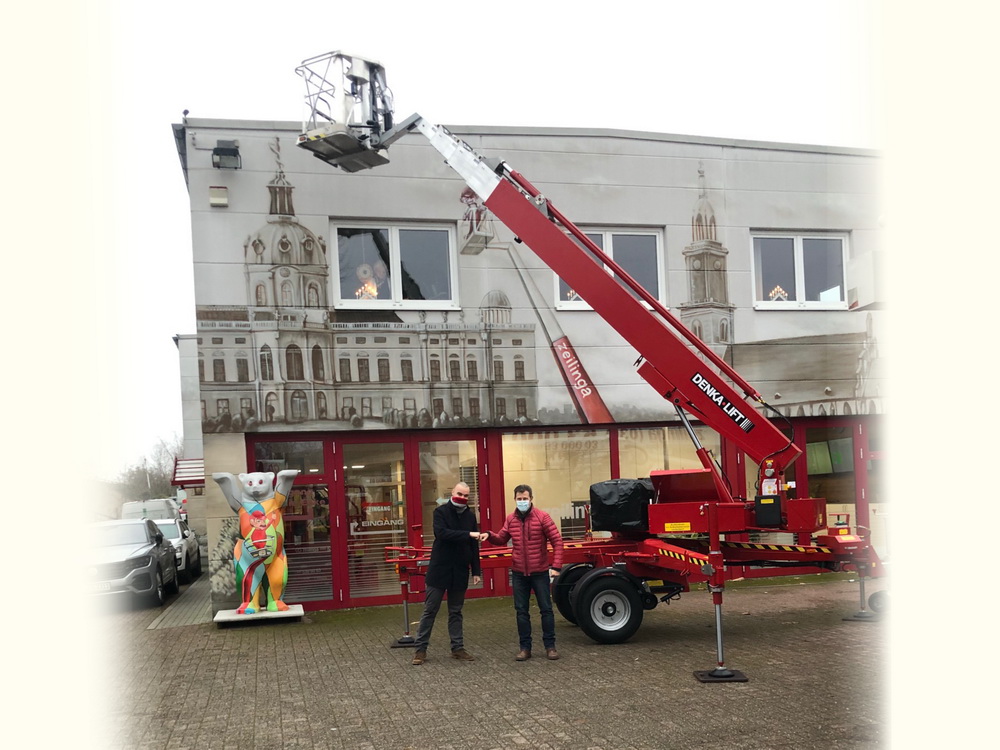 In addition to its headquarters in Berlin, the company of Christian Zeilinga operates other rental locations in Schwerin, Frankfurt / Oder, and as “Riedl Telelift-Verleih GmbH” in Hamburg. The owner-managed Zeilinga group is a sought-after rental company of technically sophisticated machines, e.g. for plant construction, wind turbines, tree pruning, the cleaning industry, and building renovation in eastern and northern Germany.
Zeilinga has always focused on the “special machines” sector. The competent and reliable partner offers a suitable solution for every task. The company occupied a niche right from the start, especially with narrow special devices such as the Denka Narrow or Spider-Lifts on caterpillar and wheel chassis, and they stayed out of the mass market. Even today, particularly difficult cases are one of the company’s areas of application.

Christian Zeilinga acquired the first DENKA•LIFT over 30 years ago; many more work platforms have followed since then. There are currently around 30 Denka lifts in the rental park. Two DK25, a DL28N Narrow and a Europelift TM13T have recently been added.

Handover of one of the current DK25 to Dr. Ing.Stefan Zeilinga (left) at the company headquarters at Treptower Park, Berlin.
Right in the picture: Sven Illgen from Rothlehner Arbeitsbühnen