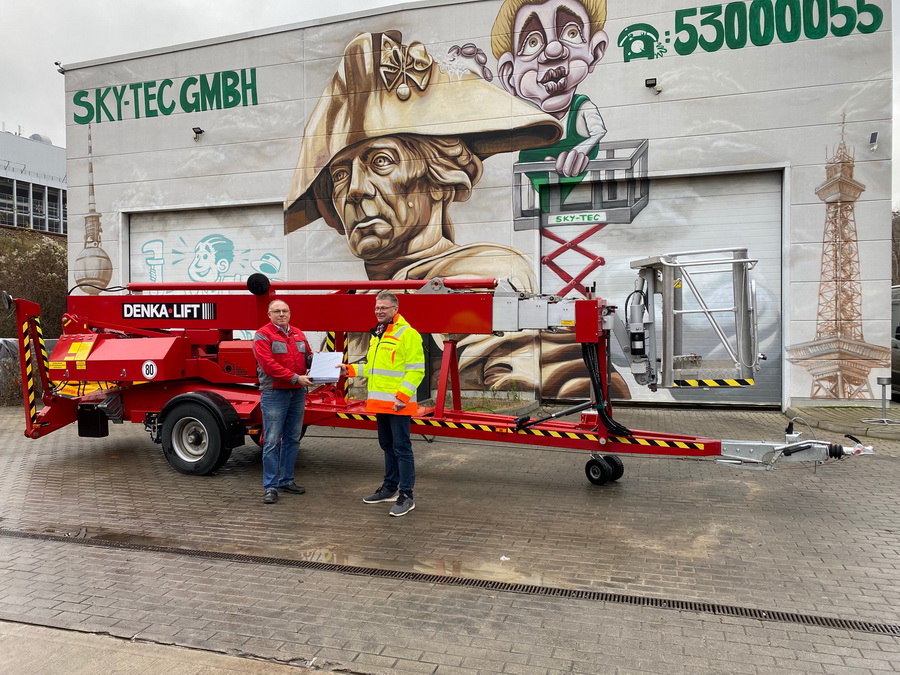 After two DENKA• IFT DK25 and one Europelift TM13T at the end of 2020, “bt sky-lift zeilinga gmbh” has now received another DENKA•LIFT DL30. The 30m device is the trailer working platform with the greatest working height on 3,500kg worldwide .

In addition to its headquarters in Berlin, the company of company founder Christian Zeilinga operates other rental locations in Schwerin, Frankfurt/Oder, and as “Riedl Telelift-Verleih GmbH” in Hamburg. At Zeilinga, there has always been a special focus on the “special machines” sector such as the Denka Narrow or Spider-Lifts on chain and wheel chassis, with which the company serves a popular niche for difficult jobs.

In addition to the generous standard equipment, the DL30 supplied has an optional gasoline generator with 3kV.

At the handover, Mr. Zeilinga attached importance to take a photo in front of the portrait of “Old Fritz” – Prussian King Friedrich the Great (1712-1786), which adorns his company building.